Call of Cthulhu is a horror role-playing game currently under development by Cyanide Studios and published by Focus Home Interactive. The game is the official adaptation of the pen and paper RPG developed by Chaosium. The story is inspired by H.P. Lovecraft short story of the same title.

Call of Cthulhu features a semi-open world environment with elements of Lovecraftian horror themes. The main character is a Boston-based investigator named Edward Pierce who is suffering from a severe lack of cases to solve. In 1924 this war veteran turned detective indulges in alcohol and pills as a means to cope. In October, he hears a knock on his door. A man named Stephen Webster pays him a visit and asks him to reopen the case regarding his daughter Sarah Hawkins. Sarah, her husband Charles and their son Simon had died in a fire that occurred in their own home. The police believed Sarah was to blame. Edward is asked to uncover the truth, but the only clue he has is an odd picture painted by the mother shortly before her demise. It features a dark figure and a strange symbol. He sets off to Darkwater Island to begin his investigation. While there, he discovers the impending revival of the Great Old One Cthulhu.

The player in Call of Cthulhu follows the story of Detective Edward Pierce as he sets out to discover the truth of the deaths of the Hawkins family. There are missions to complete and clues to uncover. Everything discovered is placed into a codex that players can go back to and gain additional information from. The game includes puzzles to complete while exploring the area. The combat is fairly simple and the environment can be used to hide or stealth. The game is played in first-person.

The tools the player will use to investigate include Reconstruction Scenes, which allow Edward to take a look into the past and review events by reconstructing clues, and Hidden Spots, which helps the player to find hidden objects and more information.

The character's skills can be improved through progression. Edward has several abilities that can be improved using points earned during gameplay. They start a Amateur and progress to Master. The gameplay will be based on the skills the player chooses. Skills include Strength, Eloquence, Psychology, Investigation, and Occultism.

While talking with other NPC's, Edward will have multiple choices of dialog until discover leads close to answers, at which point, the options will be narrowed down. In some cases, available dialog and options will be based on the skills the player has chosen. The citizen of Darkwater don't take kindly to strangers and will often impede the players attempt to uncover secrets any chance they get both physically and in dialogue (or lack of). Getting angry over their refusal to help can be a bad idea thanks to the feature State of Mind. Anything that effects Edward in a negative way, can change the game depending on his reactions to it.

Add a photo to this gallery 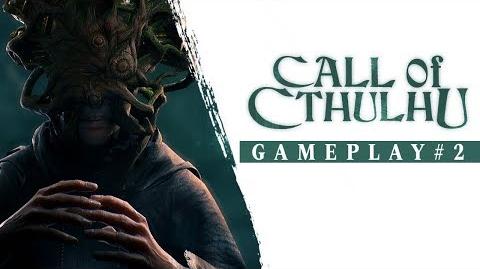 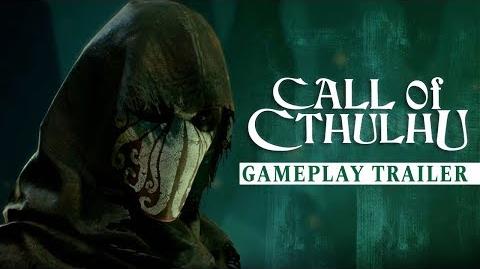 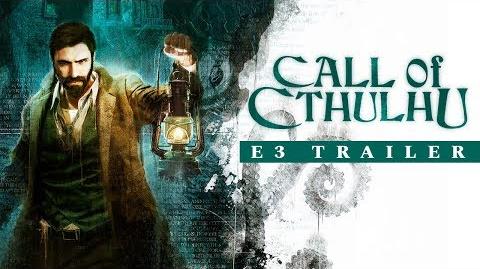 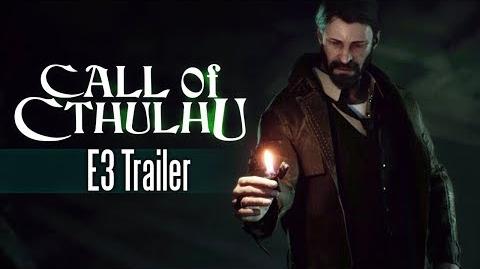 Retrieved from "https://call-of-cthulhu.fandom.com/wiki/Call_Of_Cthulhu?oldid=312"
Community content is available under CC-BY-SA unless otherwise noted.